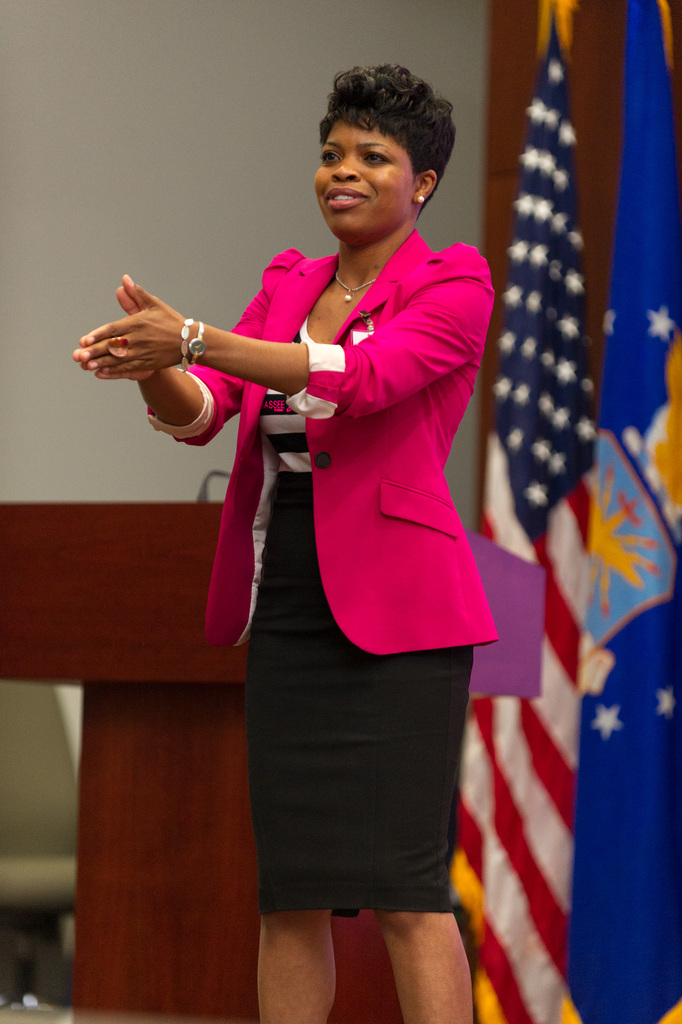 PATRICK AIR FORCE BASE, Fla. – For the second year in a row, the Air Force Technical Applications Center here hosted the AFTAC Women in Science and Engineering Symposium Aug. 20-21.

The purpose of the event was to encourage diversity in the fields of science, technology, engineering and math (STEM) by providing inspirational speakers and engaging discussions for both women and men in and outside the federal government.

“Diversity is a military necessity and a national security imperative,” said Taylor. “As an organization, we must attract, recruit, develop and retain a highly-qualified, diverse and inclusive workforce. It is everyone’s responsibility to ensure an ethos that inspires, collaborates and educates the youth, their peers and the elders of the importance of dignity and respect in any academic, social or professional space for the betterment of society.”

Following the keynote, an expert panel took center stage to discuss mentorship and the importance of finding a solid, reliable mentor in the STEM career field. The panel included Dr. Dana Joseph and Dr. Rebekah McCloud from the University of Central Florida, Catherine Henson of the Defense Intelligence Agency, and Col. Shannon Klug from the 45th Space Wing’s weather squadron.

Founder and Chief Executive Officer of Craig Technologies and featured WISE speaker Carol Craig was duly impressed by the breadth of experience and knowledge of those in attendance. During her presentation, Craig said, “It seems no one’s ever doing something about it – that is, bringing more women into STEM, but all you here today – you are doing something about it! Just remember that you don’t have to stick to one plan; it’s OK to be flexible. One of my PhD professors once told me, ‘It’s OK to drop balls, as long as they’re the ones that bounce.’ Those are words to live by!”

The concept of hosting the symposium grew from AFTAC’s previous commander’s desire to incorporate a sense of diversity in the workforce that he believed the organization had lacked for many years. By its own demographics, the nuclear treaty monitoring center is largely dominated by older white males.

“I am extremely proud to have hosted this symposium,” said Sovada. “Any time we get an opportunity to bring together some of the best and brightest minds in STEM, I seize it immediately. I’m grateful to all the professionals who not only graced our panels and breakout sessions, but also the 189 attendees who took time out of their busy schedules to participate.”

Months of planning and coordination came together, largely in part through the efforts of the symposium’s project officer, Lt. Col. Suzanna McNabb.

“Florida’s Space Coast is a dynamic, high-tech area of Florida, so it stands to reason that we’d want to reach out to local and regional STEM organizations to find speakers and mentors, while also enriching the experience for the attendees,” said McNabb. “One of our goals of the event was to encourage our women and minority populations to continue to pursue success in STEM fields of study, and I believe we succeeded in achieving that goal.”