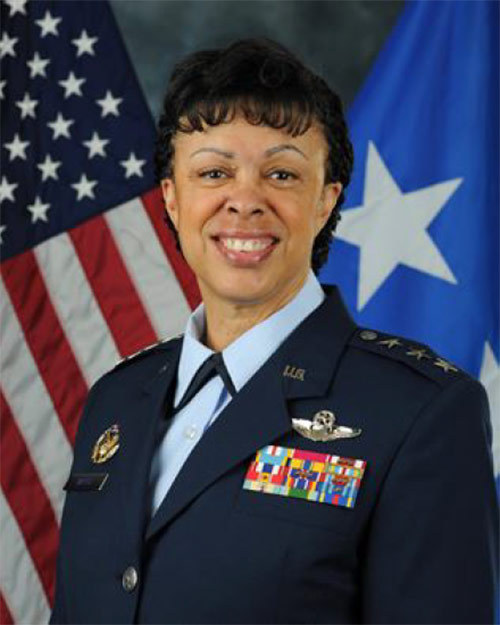 Gen. Harris received a commission in the Air Force through the University of Southern California's Air Force ROTC program. She served on active duty until joining the Air Force Reserve in 1991. Her staff assignments include serving as a mobility force planner for the Deputy Chief of Staff for Plans and Operations and as the Individual Mobilization Augmentee to the Deputy Assistant Secretary of the Air Force. She has commanded an airlift squadron, an expeditionary operations group, an air refueling wing and a numbered air force. Prior to her current position, Gen Harris served as the Commander, 22d Air Force, Dobbins ARB, Georgia.