Chief Scientist of the Air Force 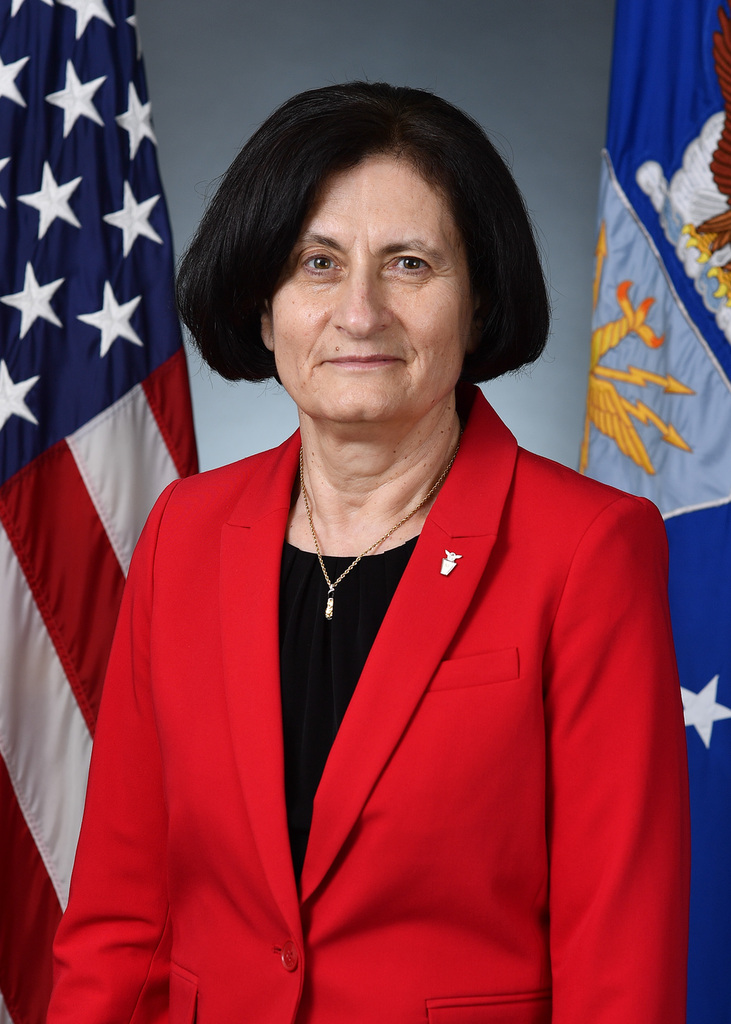 Dr. Victoria Coleman is the Chief Scientist of the United States Air Force, Arlington, Virginia. She serves as the Chief Scientific Adviser to the Secretary of the Air Force, Air Force Chief of Staff, and Chief of Space Operations. She provides assessments on a wide range of scientific and technical issues affecting the department’s mission. In this role, she identifies and analyzes technical issues, bringing them to the attention of department leaders. She interacts with other principals, operational commanders, combatant commands, acquisition, and science and technology communities to address cross-organizational issues and provide solutions. Dr. Coleman also interacts with other services and the Office of the Secretary of Defense on issues affecting the Department of the Air Force’s technical enterprise. She serves on the Executive Committee of the Air Force Scientific Advisory Board and is the Principal Science and Technology Representative of the Air Force to the civilian scientific and engineering community and to the public at large.

Dr. Coleman is on leave from University of California, Berkeley. Since 2016, Dr. Coleman has held an academic research appointment at the Berkeley Center for Information Technology in the Interest of Society where she leads science and technology policy on microelectronics and efforts to develop tools for countering digital authoritarianism. Dr. Coleman has more than 35 years of experience in computer science and technology, including as both an academic leader and industry executive. Before DARPA, she served as the Chief Executive Officer of Atlas AI P.B.C, a Silicon Valley start-up that brings world-class artificial intelligence solutions to sustainable development. By combining satellite data with other data sets, Atlas AI’s proprietary deep-learning models create actionable insights for governments, non-governmental organizations and commercial companies.

In 1998, Dr. Coleman became the founding director of the System Design Laboratory at SRI International. The lab conducted research in trustworthy systems and cyber security. The programs she directed won support from DARPA. She also participated in the creation of the technologies leading to the spinout of Siri prior to its acquisition by Apple. She worked alongside the newly-formed Department of Homeland Security, creating the department’s cyber security agenda and becoming the founding Director of the DHS Cyber Security Research and Development Center. In 2004, Dr. Coleman became the Director of the Trust and Manageability Lab in the Corporate Technology Group of Intel and began serving as a member of Santa Clara University’s Computer Science and Engineering Department’s Advisory Board. In 2006, she became the Vice President of the Computer Science Laboratory at Samsung. In 2010, she took the position of Vice President of Software Engineering at Hewlett-Packard. In 2011, she became Nokia’s Vice President of Emerging Platforms.

Beginning in 2016, Dr. Coleman served as the Chief Technology Officer of Wikimedia Foundation, the non-profit that supports Wikipedia, the world’s fifth most visited website. During this time, Dr. Coleman also served as a member of the Defense Science Board, where she provided independent advice to the Secretary of Defense, USD(R&E), and the Chairman of the Joint Chiefs of Staff. She was a member of Lockheed Martin’s Technology Advisory Group, the Airbus Star Program and continued her work on the Santa Clara University Computer Science and Engineering Advisory Board. She served on the Board of Directors of the Public Library of Science.

Prior to accepting the role of Chief Scientist, Dr. Coleman served as the 22nd Director of the Defense Advanced Research Projects Agency where she oversaw a large suite of disruptive and innovative programs.