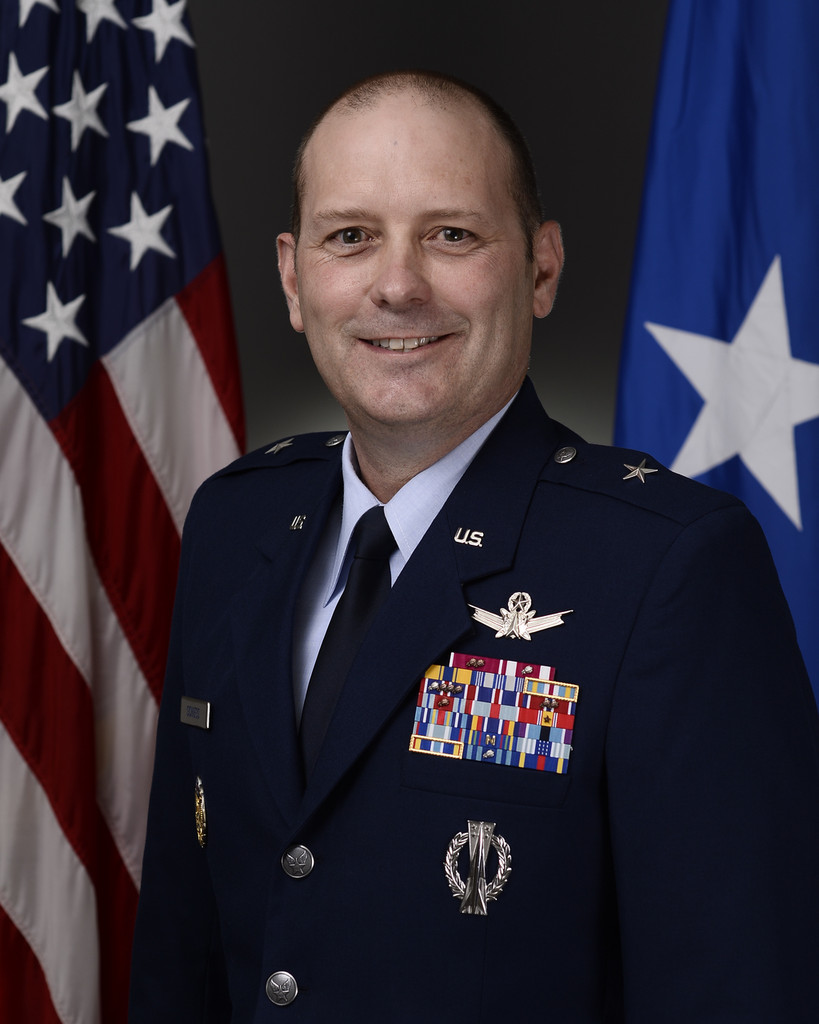 General Schiess is responsible for more than 15,000 military, Department of Defense civilian and contracted personnel. As the commander he leads the safe and secure processing and launching of U.S. government and commercial satellites from Cape Canaveral Air Force Station, Florida. General Schiess is also the final approval authority for all launches on the Eastern Range, a 15-million-square-mile area which supports an average of 25 launches per year aboard Delta, Atlas, Falcon, Navy and emerging launch vehicles. In addition, he manages wing launch and range infrastructure supporting NASA, commercial and missile test missions.

General Schiess entered the Air Force as a Distinguished Graduate of ROTC at the University of California at Los Angeles in 1992. He has commanded the 4th Space Operations Squadron at Schriever AFB, Colorado; the 45th Operations Group at Cape Canaveral AFS; and the 21st SW at Peterson AFB, Colorado. The general deployed to Al Udeid Air Base, Qatar, in support of operations Enduring Freedom, Resolute Support and Inherent Resolve. His staff assignments include Headquarters Air Force Space Command, the Air Staff and Office of the Secretary of the Air Force. Prior to his current assignment, General Schiess was the Senior Military Assistant to the Under Secretary of the Air Force.