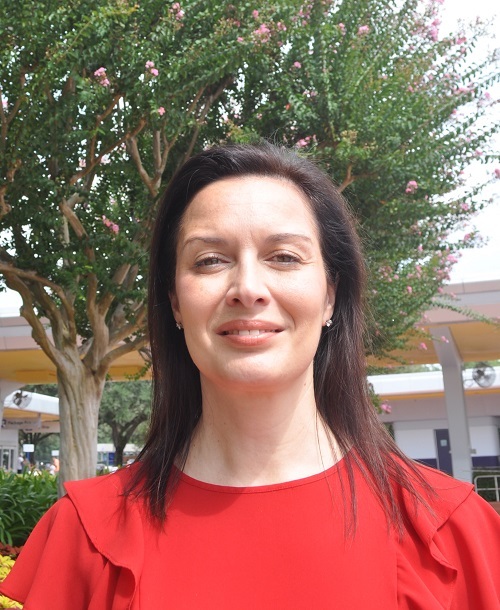 Deborah Bortolin is a Sr Facility Designer at Walt Disney Imagineering, where she works as an architectural lead, overseeing design  anagement and coordination. In her role, Deborah also interfaces with other stakeholders for the overall implementation of the project and supports adherence to project strategies to guarantee successful results.

She began working at Walt Disney Imagineering in 2017 as a project architect for Tron Lightcycle Power Run at Magic Kingdom. Prior to her time as an Imagineer, Deborah recently worked as a studio director at Architecture Plus International where she planned and designed various projects. Additionally, she had the role of an associate, senior designer for The Jerde Partnership where she planned, designed, and place-made various projects around the world.

Deborah received a Doctor of Architecture degree from the University of Architecture in Venice, Italy. Additionally, she took a course in Future Cities Planning and Development – Information Architecture and Data Analysis Course at Harvard+ETH Zurich. Earlier in her education, Deborah also took a business management course at CAI Institute in Padua, Italy and a Marketing Strategies Course at Southampton University, England.

Outside of her role, Deborah is a member of several professional institutions including the American Institute of Architects, Project Management Institute and the Association of Project Management. Additionally, Deborah is a registered architect in England (ARB) and Italy (OAPPC) and has academically collaborated with the University of Architecture in Venice and Barcelona.

Deborah resides in Orlando, Florida with her husband, Yomi, and son, Gabriel. Outside of her career, Deborah enjoys art, antiques markets and outdoor activities.