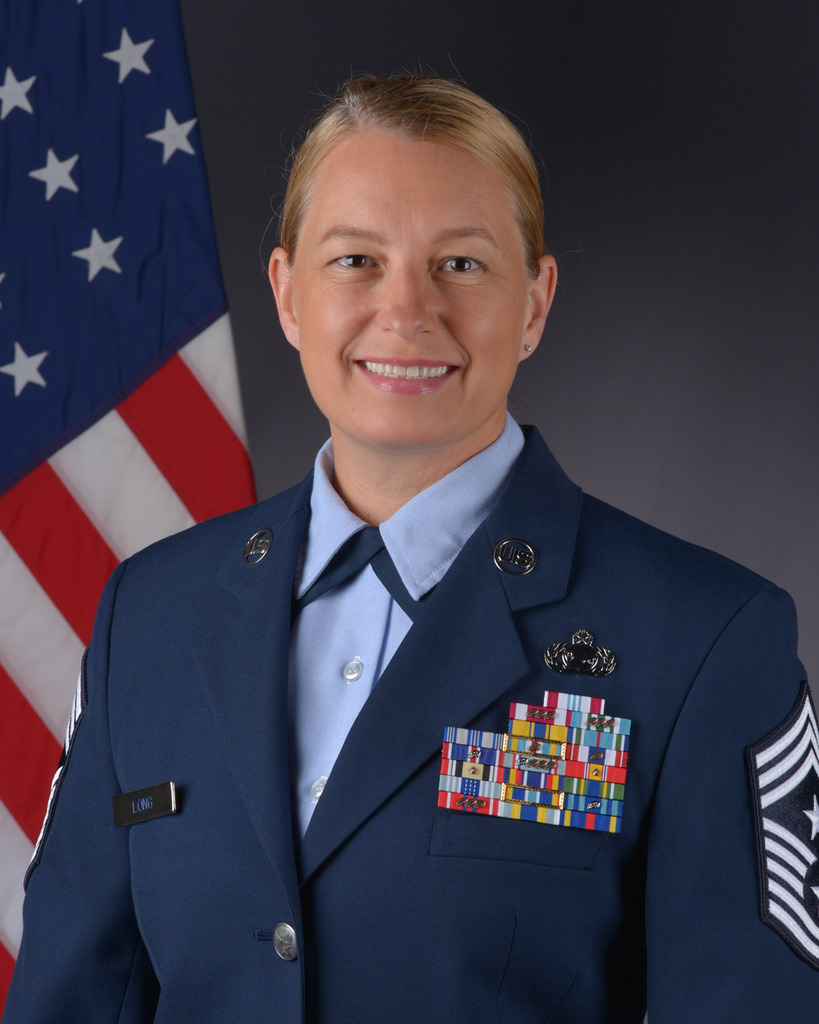 Chief Long entered the Air Force in September 1994. She graduated from the Defense Language Institute as an Arabic Cryptologic Linguist in March 1996. Her background includes various duties in intelligence operations, joint service and training. Throughout her career, she has served in myriad positions including National Security Agency Functional Manager, Counterterrorism Senior Enlisted Representative, as well as Squadron and Group Superintendent. She has deployed in support of Operation New Dawn and completed overseas tours in Korea and Hawaii.

Prior to assuming her current position, Chief Long served as the Chief, Strengthening Joint Leaders and Teams for the U.S. Air Force Strategic Integration Group at the Pentagon.