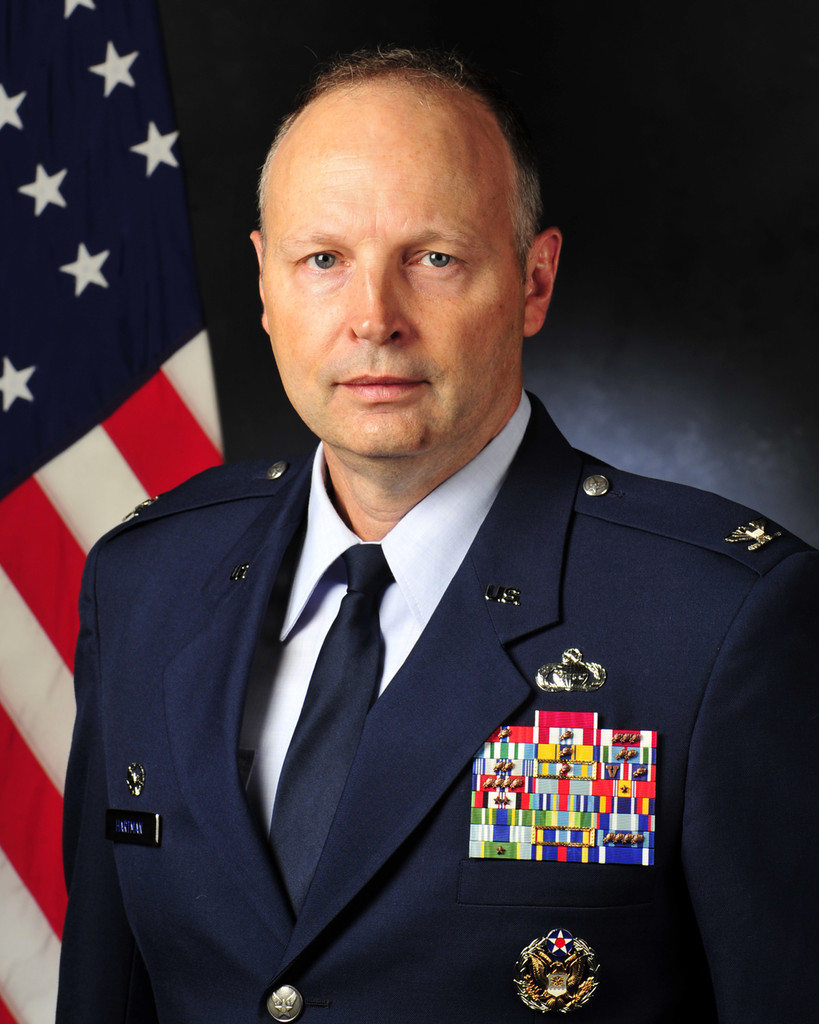 Colonel Chad J. Hartman is the Commander, Air Force Technical Applications Center, Patrick Air Force Base, Fla. AFTAC operates and maintains the United States Atomic Energy Detection System to monitor foreign compliance with various treaties limiting nuclear testing. The focus of AFTAC’s more than 1,000 professionals is to detect special events in the atmosphere, underwater, underground, and in space to determine if they are nuclear and to report them to U.S. senior decision makers.

Colonel Hartman earned his commission through the Air Force Reserve Officer Training Corps program at the University of Missouri in 1994. Throughout his career, he has led intelligence operations across multiple theaters and echelons, to include an F-117 fighter squadron, Air Operations Centers in both Pacific and Central Air Forces, the U.S. Air Force Distributed Common Ground System, and U.S. Special Operations Command. On behalf of the Vice Chief of Staff of the Air Force, he led a cross-functional team of military, industry and academia experts in the development of an innovation campaign for the Air Force.