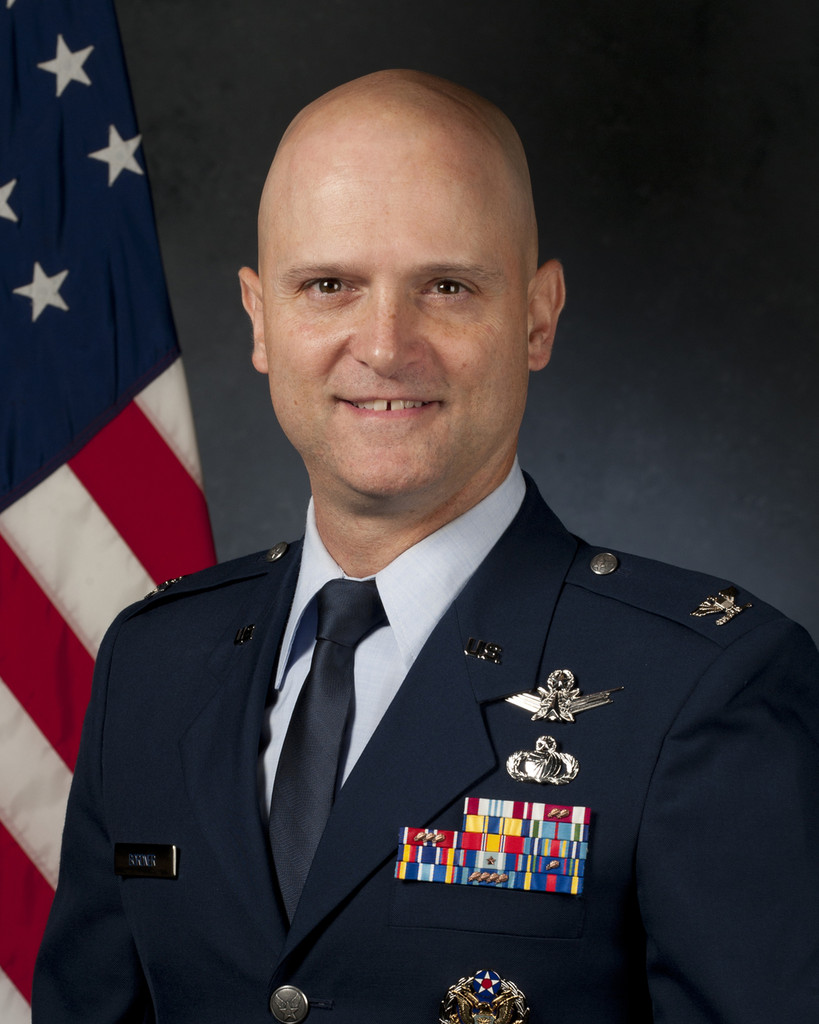 Colonel Ralph E. Bordner III is the Vice Commander, Air Force Technical Applications Center, Patrick Air Force Base, Fla.  AFTAC operates and maintains the United States Atomic Energy Detection System to monitor foreign compliance with various treaties limiting nuclear testing.  The focus of AFTAC’s more than 1,000 professionals is to detect special events in the atmosphere, underwater, underground and in space, to determine if they are nuclear, and to report them to national decision makers.

Colonel Bordner received his commission through the Reserve Officer Training Corps at the University of Central Florida in 1996 with a degree in Aeronautical Engineering.  His career includes multiple space-centric positions, to include crew-certified space operator, space and missile control engineer, chief of ballistic missile subsystems, and research and development engineer.  He is a classically trained engineer, earning his doctorate in astronautical engineering from the Air Force Institute of Technology through research on novel applications of the Komolgorov-Arnold-Moser Theorem to satellite orbits.

Prior to assuming his current assignment, Colonel Bordner advised the Assistant Secretary of the Air Force on senior leader and acquisition workforce matters as the Deputy Director for Acquisition Career Management at Joint Base Anacostia-Bolling.  He is a distinguished graduate of the U.S. Army War College.