24th Secretary of the Air Force 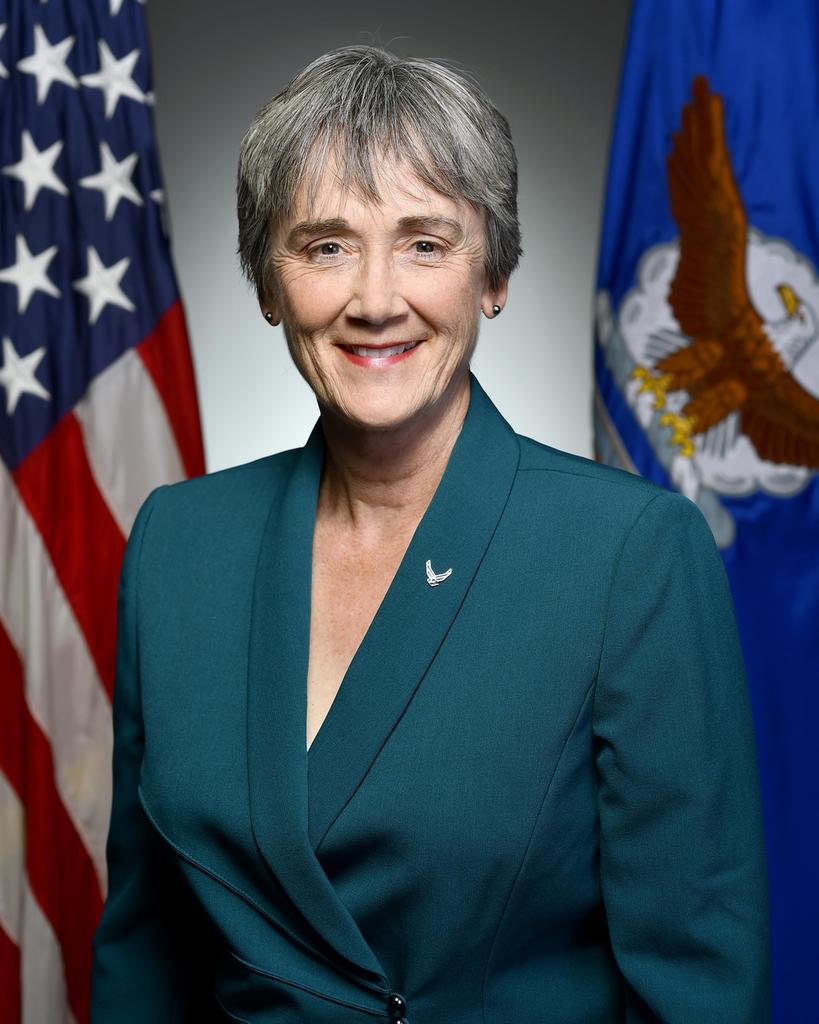 Doctor Heather Wilson is the 24th Secretary of the Air Force and is responsible for the affairs of the Department of the Air Force, including the organizing, training and equipping and providing for the welfare of 660,000 active-duty, Guard, Reserve, and civilian forces as well as their families. She oversees the Air Force’s annual budget of more than $132 billion and directs strategy and policy development, risk management, weapons acquisition, technology investments and human resource management across a global enterprise.

Wilson has more than 35 years of professional experience in a range of leadership and management roles in the military, higher education, government and private industry. Before assuming her current position,

Wilson was president of the South Dakota School of Mines & Technology, an engineering and science research university.

From 1998 to 2009, Wilson was a member of the U.S. House of Representatives, where she served on the House Armed Services Committee, the House Permanent Select Committee on Intelligence and the House Energy and Commerce Committee.

From 1989 to 1991, Wilson served on the National Security Council staff as director for defense policy and arms control for President George H.W. Bush during the fall of the Berlin Wall and the collapse of the Warsaw Pact.

From 1991 to 1995, and again from 2009 to 2013, Wilson was in the private sector. In 1991 she founded Keystone International, Inc., a company that did business development and program planning work for defense and scientific industry. She served as a senior advisor to several national laboratories on matters related to nuclear weapons, non-proliferation, arms control verification, intelligence and the defense industrial base. Wilson also served on the boards of two publicly traded corporations as well as numerous advisory and non-profit boards.

Wilson was an Air Force officer from 1982 to 1989. She graduated from the U.S. Air Force Academy in the third class to include women, and earned her master’s and doctorate degrees as a Rhodes Scholar at Oxford University in England.

Wilson was a collegiate rower at Oxford and is an instrument-rated private pilot.